The Barossa air is heavy with the perfume of spring. The days are stretching out, slowly fleecing the night of its wintertime domination.

It seems the perfect time to reappraise the three 2019 Otherness Rieslings. Conceived within a restaurant environment, they have always been intended as wines that will enhance the enjoyment of good food. Yes, there’s a special affinity with Asian flavours, but that’s the thing with Riesling, it’s so incredibly versatile. Counter-intuitive perhaps, but I’ve often thought that well marbled Wagyu, cooked medium-rare over coals and well rested can be a perfect match. It’s all in the way a good Riesling cuts through any slick of fat and cleans up the oral cavity between each mouthful.

I’ll never forget Ian Hongell’s approach before we worked together. His admission that Riesling was the one varietal that gave him the goose skin, and his hope to continue his Riesling legacy outside his gig at Torbreck, focused as that is on crafting top-shelf Barossa expressions of Rhone varieties.

We lined up the proverbial ducks, organised the fruit from a High Eden Vineyard that prior to the 2018 vintage hadn’t been picked since 2011. The owner had stumbled during the GFC and let the vines adapt to the vagaries of the next six vintages without any human input.

The viticultural team from Torbreck, led by Nigel Blieschke reclaimed the vineyard in time for Skuld Opus 1, the 2018. As we drove up from the Barossa floor at sparrow’s to pick the grapes for that first 2018 release, Ian told me about his way with grapes, his take on flavours in the vineyard. “I don’t taste flavours, I taste colours, and for me great Riesling is all about Blue and White. And yesterday, this vineyard was textbook”.

We walked together between the rows, Ian pulling off grapes, tasting, passing grapes to me to share the vineyard flavours. “Do you taste it? Blue… Blue and White? Here taste these: a sun-exposed bunch. Yellow and Green: drop them on the ground. We only want blue and white!”

I tasted the flavours. The thing about Riesling is that you actually taste the minerality from the vineyard. The tartness, the puckering tang. I’m not really sure if I saw the colours. But I tasted lime. Grapefruit pith.And I heard E string violin harmonics and Irmgard Seefried singing Pamina. Premonitions of the finished wine.

The picked grapes were rushed to Torbreck where they waited for no one; immediately being gently pressed off in the cool cellar.

‘Skuld’, from Eden Valley comes into its own when you have a platter of the freshest oysters and a few wedges of freshly cut lime. The 2019 Skuld has settled in the bottle and is no longer an expression of planes and angles, as Rieslings often are at release. There’s less brace in the bracing acidity, more weight in the palate weight; creamy lactic flavours splay into the mouth’s peripheries, drenching and seducing the buds with textural nirvana.

Dry and zesty, this is perfect as an aperitif, or with those aforementioned oysters, white-cooked chicken, citrus-marinated prawns with a sprinkling of julienned kafir lime leaves, or then again, absolutely solo.

Skuld is the youngest of the three Norns from Norse Mythology, described as female deities who decide the fates of both gods and men. The Norns appear in Wagner’s Der Ring des Nibelungen, the cycle of four operas that I have been so fortunate to play in several times through my career as a musician. The Norn imagery seemed appropriate due to Riesling’s ability to defy the progression of age. But there is additional synchronicity: my own maternal grandmother was Swedish and Honky’s father is Finnish.

The bottles of Otherness are draped in beautiful labels crafted by Andy Ellis, great Barossa artist and good friend. The iconography suggests the deep dark well into which the Norns peer to glimpse the ripples that they read as other seers might read tea-leaves.

From Nick Ryan’s recent review of the Otherness wines:

“By giving the three rieslings the names of Wagner’s Norns – the “weird sisters” of Norse mythology who shape the destinies of gods and men – Dickson invites us to look at them together.

The Eden Valley wine is made by Ian Hongell, whose day job at Torbreck keeps him busy but doesn’t require his celebrated skills with riesling. So he deploys them here. A neglected, then restored, High Eden vineyard provides the fruit, which is then gently pressed to stainless steel, fermented with neutral Champagne yeast and left for an extended period on yeast lees.

It’s packed with vibrant citrus characters that touch on traditional limes then move towards mandarin pith and draw in other elements like lemongrass and quince.

It’s a wine with unwavering line and drive with a deftly handled phenolic clip.”

And now, a musical match, you’re asking? I’d be turning to the great Finnish composer and multi-synesthete Jean Sibelius who claimed to hear sounds in his mind when he saw colours. His Violin Concerto is one of my most beloved works. There is a sense of terroir in the music, like licking iced quartz rocks or tasting chilled Riesling. Other composers with Synesthesia included Scriabin, Messiaen and Ligeti, all of whom wrote music that would provide a useful soundtrack to this Riesling. Perhaps my dear oboe colleague and synesthete Celia Craig could play ‘Pan’ from Britten’s “Metamorphoses After Ovid”. Perfect! 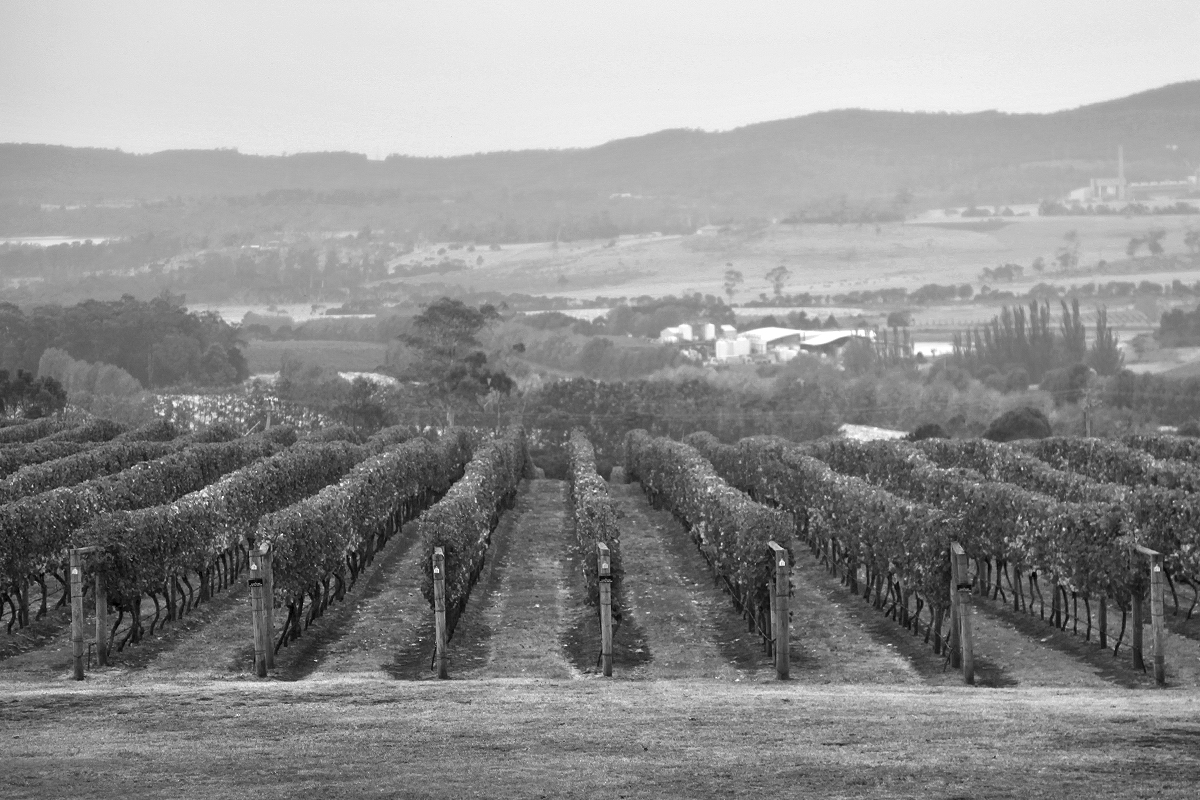 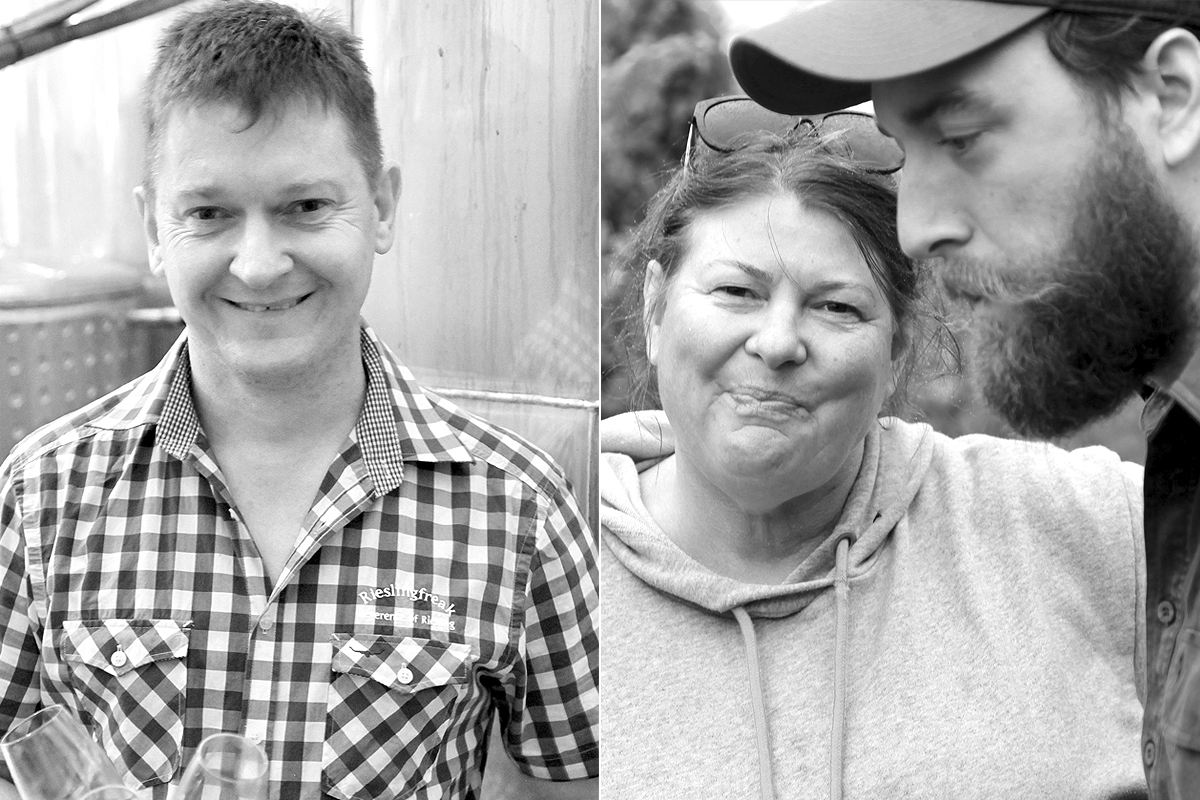